Whether or not to allow British Shorthair cats outdoors is rather a contentious issue among cat owners, vets and experts. On one hand, you have those who insist that allowing cats to roam around outside is perfectly natural and can address all kinds of behavioural issues. On the other, you have those who feel that the great outdoors presents far too many hazards for the average housecat — to say nothing of the hazards that your cat may pose to the local wildlife.

Can British Shorthairs go outside? While there are steps you can take to minimise risk, you should really keep your British Shorthair as an indoor kitty. Set up a “catio” enclosure or take her for walks in a harness if you think she needs time outside.

You have probably heard a lot of conflicting information about keeping your British Shorthair cats indoors versus letting them out, leaving you with a lot of unanswered questions. Why should you keep your cat indoors? Are there any benefits to letting her out? Is there a safe way to let her experience the outdoors? What can you do to keep your British Shorthair cat happy and entertained indoors? To find out the answers to these questions, keep reading. We have the information you need to make a smart choice.

Indoors versus outdoors: the debate in a nutshell

Can British Shorthairs go outside? The general consensus among cat experts nowadays is that cats should be kept indoors — but there are dissenters. The outdoor camp point to the fact that cats are, in many ways, wild creatures with temperaments quite at odds with being kept inside. It’s often pointed out that British Shorthairs are a low-energy breed who can benefit from the additional exercise and stimulation provided by the outside world.

t’s not natural for a cat to be cooped up indoors, the argument goes; cats kept this way become bored, unhealthy and destructive. Any risk can be minimised: de-sex the cat so she’s less likely to get into fights, have her chipped, and provide a collar (with a breakaway clasp) so she isn’t mistaken for a stray. Feline predation can be addressed by putting the cat in a high-visibility collar with a bell so she can’t sneak up on her prey. On the flip side of the debate, you have owners like me, who vastly prefer to keep our cats indoors. It might be “natural” for cats to live outdoors but evolution has yet to provide a defence against being hit by a car.

Outdoor cats may encounter various wild predators. In the UK we have foxes, badgers, corvids and various raptors, while other regions may add coyotes, bears, wolves and other carnivores to the list. In an urban environment, there are other, meaner cats, large dogs and — sadly — abusive humans who delight in hurting or even killing pets. Given that your British Shorthair is probably a pedigree animal and worth a fairly decent amount of money, she’s also at risk from thieves. As for hunting, I’m unconvinced that a collar will do much to stop a determined cat from predating small birds and mammals. British Shorthairs, in particular, are ferocious little hunters and very cunning.

Even if your cat struggles to actually catch the animals she goes after, she may disrupt nesting and breeding and impact populations that way. On the whole, I come down strongly on the side of indoor kitties. There are plenty of ways to give your British Shorthairs all the benefits of the outdoor experience with none of the risks.

The first thing to keep in mind when buying any sort of equipment for a British Shorthair, be it a litter-box, scratching post, cat tree or anything else, is that it needs to be upsized. This is a big breed, especially if your BSH happens to be a tom — male British Shorthair cats get very big and very heavy. Even the nicest play equipment is no use at all if it’s too small for your cats to use comfortably or breaks when your BSH kitties put their weight on it. Scratching posts need to be tall enough to allow your cat to stretch out to her full length and sturdy enough to withstand being pulled or leaned on heavily by a large cat.

Kitty hideouts and trees need to offer plenty of perching space for the larger cat to spread out and get comfy. The next thing to consider is what your cat might get up to outside and how best to replicate those surroundings in your house. Cats tend to like surveying their territory from a height; British Shorthairs may not be terribly keen on being picked up but they certainly love to climb on things. I’ve met cats of this breed who practically lived on their humans’ bookshelves. Ensuring that your British Shorthair has a “lookout point” in every room will go a long way to keep her entertained. I’m a fan of large, sprawling cat habitats that can take up a whole wall, but you don’t need to go that far.

A cat tree, kitty habitat or even just a good solid shelf with a blanket or other padding to keep her comfy is perfectly acceptable. The British Shorthair likes nothing better than to follow her humans from room to room and supervise their activities from a height; making sure she has some good spots from which to do this can help make life more interesting for an indoor kitty. Placing little hideouts nearer to ground level can also be fun for your cat.

Bringing the indoors outdoors: Creating a “catio” for your British Shorthair

More ambitious but potentially more rewarding is the construction of an outdoor enclosure for your British Shorthair. You will need a fairly large garden in which to do this — and you’ll need to be careful about following local ordinances and regulations. Still, if you have space and regulations permit it, an outdoor play area for your British Shorthair can be an excellent way to let her get extra fresh air and exercise without the looming threat of a car or that aggressive tom from next door. The first step is the enclosure itself: this needs to be sturdy enough to keep her in and also extensive enough that she can’t sneak through a gap or wriggle underneath it.

It’s very easy for a cat to climb over most fences; you’ll be getting around this by creating an inward-facing “lip” at the top of the fence that bends down when your cat pulls at it, making her reluctant to try and climb over the top. In areas where hawks and other raptors may be a threat, running wires or strings across the top of the enclosure is a must. The other thing you need to keep in mind is that your cat won’t benefit very much from a few square metres of lawn without anything to climb up, hide in or jump off. There are plenty of outdoor cat trees and cat habitats that provide shelter and stimulation for your British Shorthair while she’s playing in a safe enclosure.

Do make sure that she can easily get back inside the house if she gets cold or scared; you know she’s safe and that you’re keeping an eye on her but she may not. It’s all too easy for a cat to be traumatised by a perceived threat if she doesn’t have a place of safety to retreat to. Ideally, the enclosure should back onto your house so that your BSH kitty and bolt through the cat-flap if she’s frightened.

Another way to ensure that your BSH kitty gets to spend time outdoors is to take her for walks in a harness and lead. Do not try to secure the lead to your cat’s collar — it’s too easy for her to slip out, especially if you use one of the recommended breakaway collars (one sharp tug and you’ll be left helplessly holding a lead and collar while your cat runs off). Persuading a cat to accept the harness is largely a matter of patience. 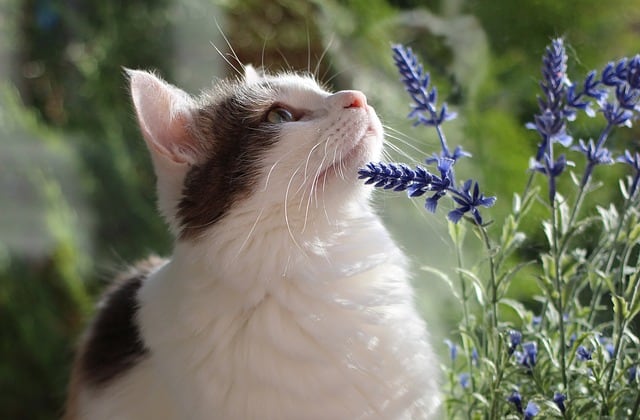 Many pet owners make the mistake of forcing their cats into the harness straight away, in the belief that the cat will “get used” to having this strange item wrapped around her body if they repeat the experience enough. The result is a cat who detests harnesses, leads and probably her owners if they keep doing it. Instead, you need to introduce the harness in stages. Start acclimating her to the harness as a kitten. if possible; she’ll be too small to wear it but having it around where she eats, plays or sleep will make it a familiar and non-threatening item. Placing a small treat or a pinch of catnip on the harness will accustom her to seeing it in a positive light.

When she’s comfortable with the presence of the harness, start draping it loosely over her body for a few moments, then giving her a treat. Keep doing this until you can rest the harness on her without any sign of irritation, then step up to actually fastening it. Fasten it for progressively longer periods until she’s happy to wear it for an hour or more. Next, you can attach the lead — let it hang loosely at first, then start taking her for short walks around the house before finally walking her outside.